Free shipping sitewide: we cover shipping for all units and replacement filters. 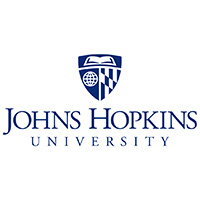 The Austin Air Bedroom Machine® was used in clinical trials at the University of John Hopkins to reduce Nitrogen Dioxide levels in the HOMES of local residents. Nitrogen Dioxide (NO2) is a gas often present in homes where there are gas stoves. High levels of NO2 are particularly dangerous for people with COPD. The gas can dramatically increase symptoms of coughing, wheezing and chest tightness. The results were dramatic. NO2 dropped in the kitchen by 27% and continued to stay low for the length of the study. Within a week NO2 levels in the bedroom dropped by 23%.

Clinical Trials
In a second study at John Hopkins, the Bedroom Machine ® was placed in the HOMES of women, living with a smoker, who were either pregnant or with very young babies. Again the results were impressive. It was clinically proven that running an Austin Air Bedroom Machine® will effectively remove indoor pollutants from the home, including nicotine.

These ground-breaking tests paved the way for FEMA and the American Red Cross to work with Austin Air during some of America’s most challenging times, including 9-11, Hurricane Katrina, Hurricane Sandy and the 2015 SolCal gas leak in California. 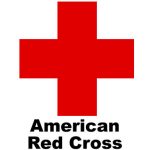 Austin Air cleaners receive the most stringent government and independent third party testing. These tests are designed to protect the consumer by ensuring that products work as claimed. We do not submit our products for private testing to guarantee desired results. Extensive tests on flow rate, flow design, removal of vapors, gases and sub-micron particles have been performed by Battelle Laboratories, one of the world’s most respected testing laboratories. Our units have also been tested by the Army Corp of Engineers at the U.S. Army Aberdeen Test Center.

As result of these tests, Austin Air was chosen by the U.S. Government to fulfill the largest deployment of air cleaners in American history to address the serious air quality concerns in post 9/11 New York.

Austin Air is partnering with the University of Washington to investigate how using our air cleaners can help to reduce asthma symptoms in children. This clinical trial is currently in progress and we look forward to reporting  the results. 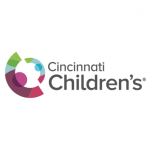 The Austin Air Allergy Machine® was selected for use in a clinical trial at the Cincinnati Children’s Hospital Medical Centre. The team monitored a group of children with asthma who were regularly exposed to second hand smoke. The aim of the study was to determine how the use of our air cleaners could help to reduce the number of times the children went to hospital. The results were clear, running one of our units in the children’s bedrooms while they slept, reduced their hospital visits by nearly 20%.

The American Academy of Pediatrics and the country’s number one children’s hospital, Cincinnati Children’s Hospital, selected Austin Air Systems to take part in a successful clinical trial that soon led to even more tests. Then, in 2009 we were approached by the renowned John Hopkins University Hospital in Baltimore, and we conducted several studies with the university. More recently, we have partnered with the University of Washington to investigate how using our air cleaners can help to reduce asthma symptoms in children.

In 2000, the US government extensively tested Austin Air Purifiers alongside more than 100 other products. The tests confirmed Austin Air cleaners are the most effective at removing chemicals and VOC’s from the environment.